Although Hastings is most widely remembered as the site of infamous battle of 1066, the town has plenty of other things to offer to visitors. The Old Town area of Hastings is actually well-renowned for its quintessential charm and old fashioned beauty. The narrow streets are lined with independent shops, (some of which have been in the same family for generations), and traditional pubs (some of which have been in situ for over 400 years). Many of the shops and houses have been used as filming locations for television period dramas, due to the fact that their original character is so well preserved. This area is an excellent place to visit if you enjoy perusing local galleries antique and junk shops or unusual independent shops with interesting artisan produce. Rising from Rock-a-Nore Road by The Stade upto Hastings Country Park atop the cliffs you will find the East Hill Cliff Railway Lift. This funicular railway lift is the steepest of its kind in the UK and has a twin, the West Hill Cliff Railway Lift to the West along from Old Hastings with its lower station situated in the pedestrianised George Street. 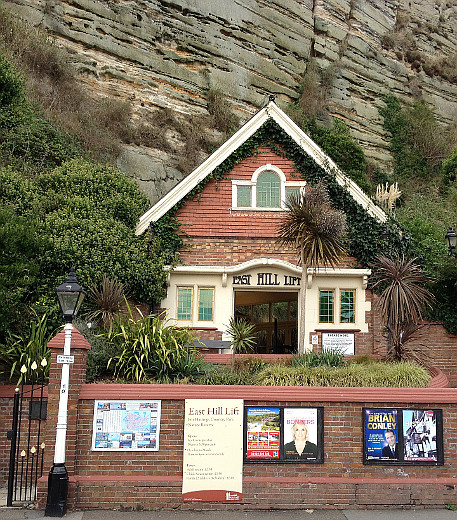 The oldest pub still in operation in Hastings is the Stag Inn. Originally opened in 1547, the interior is still characterised by old winding passageways and wooden beams. One of the most unusual features of the pub is a cabinet which contains two mummified cats, which were found in the property's chimney in 1940. The cats are believed to have belonged to a local witch named Hannah Clarke, who it was believed had lived in the property centuries earlier. 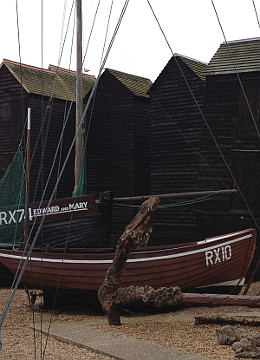 Another major attraction in the Old Town area is The Stade, where it is possible to find out more about the area's rich maritime and fishing history. Although the term Stade is sometimes referred to as the whole seafront area, the word actually refers to Hastings Old Town small shingle beach (or landing area), where it is now possible to see Europe's largest beach-launched fishing fleet. It is also worth admiring the unique, black net shops which sit at the top of the beach. These tall, thin, tar-protected huts are used by Hastings fishermen to store their nets. A large fishing fleet occupying such a limited amount of space on the beach (each hut only standing on a plot of 6-9 square metres) meant that the huts had to be built upwards growing taller and taller over the years! For further information about the history of the fishing trade in the town, pay a visit to the Fishermen's museum, which is situated in an old Fishermen's Church near the sea. In the museum, it is possible to see models, photographs and trinkets belonging to the fishermen of days gone by, as well as reading some of their personal stories. Admission to the museum is free for all ages. The Shipwreck Museum is also worth a visit if you are interested in local wrecks. It contains information about many of the shipwrecks which have been found in the area. As well as interesting displays about the wrecks themselves, there are also information boards about the efforts which have been made to preserve certain wrecks in the area.

Amongst the historic fishing buildings on the beach nestles the Jerwood Art Gallery on Rock-a-Nore Road. A contemporary Art Gallery, housing the Jerwood collection and exhibits from the 20th and 21st Century showing the best examples of UK modern and contemporary Art. Check local the local tourist information for up-to-date information on the varied cultural projects that occur at the Stade and in Hastings Old Town area. Special events have included art days for the kids and traditional sea shanty festivals for those who are interested in the cultural traditions of the fishermen! 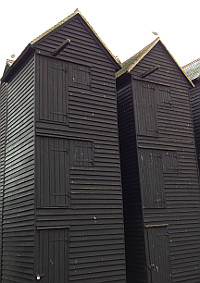