Taking a walk through Walthamstow Village can be a weird experience for a visitor to London. The first time you make the transition from the rest of London into "The Village" it seems like stepping into another world. As you wind through endless, tiny streets, and timber framed buildings, like the 15th century ancient house in many ways it doesn't look or feel like London at all. The famous ancient house is located on the corner of Church Lane and Orford Road opposite the old churchyard and has sections of the old hall dating from the 1400's as well as later additions to the building from the 16th century onwards. There are dozens of places in the city and beyond that try to stick "Village" onto the end of their name to attract the "right kind" of home buyers and tourists. But Walthamstow Village may be one of the few that actually deserves the title. 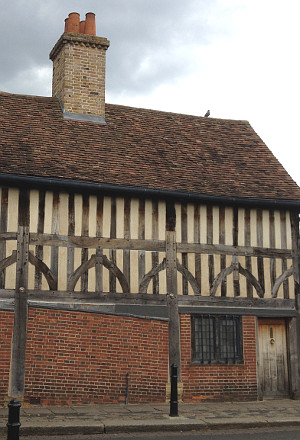 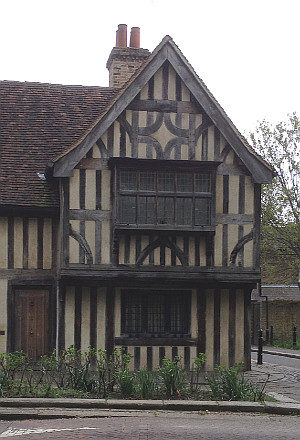 The centrepiece of the Village is St. Mary's church, which has been there in some form or other since the 12th century, and still retains many of those features, despite various extensions and upgrades in the intervening eight hundred years. As further evidence of Walthamstow Village's slight timelock, the church very much looks traditional with the old gravestones and crumbling monuments in the churchyard. The church does have the curiosity factor of being among the oldest churches still standing in London. This is the kind of fact that always exists as a technicality because as in most churches some bits are older than others, and St. Mary's is no exception with additions being made throughout the years including extensive restoration after damage in the 40's during the second world war.

Walthamstow in general is currently making progress towards being a modern bustling urban area, with large shopping centres, cinemas, trendy bars and eateries. "The Village" however, apparently became trendy in its own unique way a few years ago and is proud of its unique style. Somehow, the modernisation of the rest of the borough of Walthamstow mostly passed it by, leaving it a valuable relic of an older time with just the right amount of old traditional pubs and buildings mixed with the new on-trend restaurants and bars.

Local Pubs within "The Village" 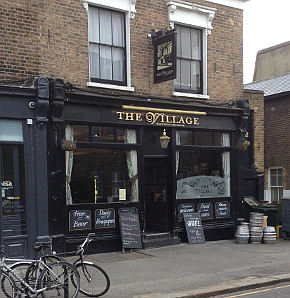 
There's a miriad of local pubs, bars and eateries within the Village including the Nag's Head, which is a pretty pub with a quaint secluded walled beer garden, often hosting music nights and well integrated into any local Village events. It is located opposite the church at the top of Orford Road so very central and offers many Real Ales to choose from (including beer from the Wild Card Brewery, also in the Village) as well as excellent food.
On an industrial estate just around the corner to the Nag's Head is the Wild Card Brewery, actually brewing and producing their own range of local London Ales, with 'Jack of Clubs' being their signature 4.5% ABV Ruby Ale. Many of the local pubs now stock bottles of Wild Card's Beers and Ales as well as Bars and Pubs within London and across the country. Every weekend they open up the micro-brewery to the public as a bar, often hosting live music and with street food available, always making for an excellent night out.
The Village Pub is well located centrally down Orford Road and is very popular with locals and visitors alike. Offering food as well as local Real Ales and some more unusual bottled Beers The Village Pub is well worth a look for the serious Ale drinker. This pub bustles with energy during the summer months with customers enjoying a cocktail or a pint in the large rear walled garden area with separate undercover section.
The Castle which is located on the corner of Eden Road is more of a gastropub and well worth trying for a bite to eat or their famous Sunday Lunch.
Another gastropub located on Orford Road is The Queens Arms, which offers an a'la Carte menu or simpler bar menu, as well as a good selection of Wines and beers.

Tearing yourself away from the pubs for a moment, there are plenty of other places to eat up and down Orford Road, which is the main High Road of the area. So you're guaranteed to find something for all palates (and wallets, more importantly) from a slice of Pizza or Spanish Tapas to Steak and Chips. It's one of the unfortunately rare proper high streets still left in the London area with smaller independent shops interspersed with restaurants and pubs. It has a few named stores but the independents have still managed to keep thriving businesses going here, unlike many inner-city shopping areas in the 21st century. So take the time to wander up and down on a sunny afternoon and check out the local goods, services and food on offer.
At least some of these shops are part of the legacy of William Morris, a leader in the field of the Arts and Crafts movement, who lived in Walthamstow, not far from the Village. Partly as a result of his influence, the area still has a pretty good line in local artists displaying their paintings, photography and other crafts around the Village. There's an annual art trail, where local painters, photographers and artists of all descriptions display their art locally. Many local businesses get involved in the event displaying art and providing venues for you to meet and chat with the creative types that abound here. As you explore the area see if you notice the locally famous secret Gnome Garden (a front garden cared for by a local resident that is home to many Gnomes) located opposite the Nag's Head at the top of Orford Road. 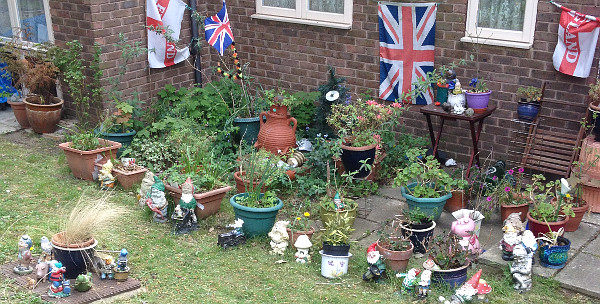 A controversial road regeneration cycling scheme was introduced during 2015 to Walthamstow Village and surrounding areas known as 'Mini Holland'. The Mini Holland Program aimed to encourage more people in the area to start cycling and to make the road safer for cycle users. Waltham Forest was a major borough that fit the criteria to make a bid for the 'Mini Holland' scheme, and won the bid to receive upto £30 million in funding to implement the changes. Cycle routes will be created and road changes made to cater for cyclists throughout Blackhorse Village, Markhouse Village, Walthamstow, Leyton and Leytonstone. Walthamstow Village area has been majorly affected by the new program with road closures, one-way street changes and a large part of Orford Road being completely pedestrianised (except for cycles and bus services). Major roads into the Village have been closed from Lea Bridge Road and St. Marys Road, and changes to the direction of other streets have been made, as well as the major shopping area of Orford Road being closed to motor vehicles. Improvements such as increased street lighting on pedestrian pathways, new tree planting and road resurfacing on some roads will benefit all road users.
The area is being turned into one which is suitable for cyclists, whether they be individuals, families or children. The safety and appearance of the area will be enhanced, and more residents will be encouraged to either walk or cycle around the streets, making it more environmentally-friendly for everybody. But the scheme has its doubters, among them businesses that feel the traffic reduction will negatively impact there trade. 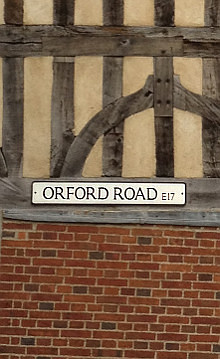