Walthamstow in the Borough of Waltham Forest

Walthamstow is the latest area of London undergoing a transformation into a trendy area, in this case without an influx of hipsters (like Peckham and Shoreditch before it) or Olympic grant money (like Stratford). This gentler, middle-class invasion is being treated with bemusement by local residents, who point to the fact that they now have a Spar convenience store with a wood-burning pizza oven in the back room (located in Walthamstow Village), a tapas bar, several sushi bars, and the town centre shopping and residential complex known as 'The Scene' as evidence of the slow-but-steady encroachment by the bourgeoisie. Truly, the middle classes are coming.

In truth, the area's always been a bit of a mixed bag. Walthamstow's located in the misleadingly-named Borough of Waltham Forest, so-named because the entire forested area was originally named Waltham until it became Epping Forest sometime in the 1600's. It's a strange mix of the traditional working class and middle classes with a wide ethnic diversity. Until very recently (the Stadium closed in 2008) the well known Walthamstow Dog Track was still operating, with 5 race meetings a week. The area is not all changing though and you can still enjoy the traditional fare of Pie and Mash down Walthamstow High Street and the area known as 'Walthamstow Village' still boasts medieval timber buildings and a Norman church. 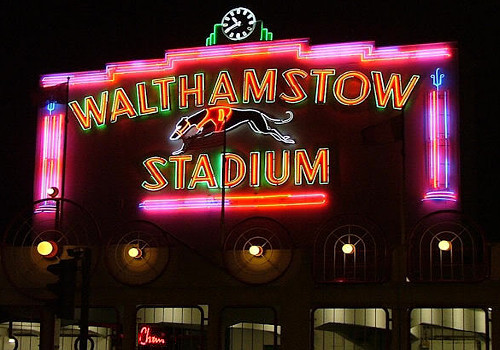 The area also has a proper street market, located in Walthamstow High Street right near Walthamstow Central Train Station, close to the main town Bus terminal. As anyone that has ever gotten lost in the rain at the wrong end of the market will now know, Walthamstow Market is the longest street-market in Europe spanning a whole kilometre. The mere existence of such a famous street market should indicate that the area is a bustling hive of activity. Like all street markets, it's got its own vibe going on, and with a whole kilometre of stalls and shops you will find almost anything you might want to purchase here, which is sort of the whole point. Between the various vendors, they offer most of the things you could want on a shopping trip, from clothes, household goods, electrical items, watches and jewellery to food from around the world. 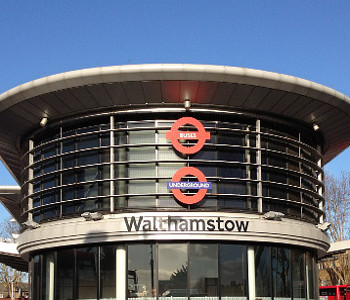 The shops behind the stalls are pretty standard fare, including Manze's Pie 'n' Mash shop, which is the Cockney cuisine's great gift to the world. Traditionally eaten with a fork and spoon, splashed with vinegar and doused in Liquor (a parsley sauce traditionally made from Eels cooking liquid), Pie, Mash and Eels is an East London working class tradition. Sadly, another relic of traditional Cockney life, the Walthamstow Stadium dog track, where Blur shot the photos for the front and back covers of Parklife, closed down in 2008, so you can no longer indulge in the traditional Saturday night of Greyhound racing, finishing off the night by visiting 'Chans' nightclub which was situated right underneath the Dogs Stadium. A tragic loss, I'm sure you will all agree. For the non-Cockney portion of your visit to the area, you can visit Walthamstow Village, which possesses a 12th-century church, winding streets, beautiful little houses and some traditional medieval timber frame buildings. It's a random slice of an olde village slap bang in the middle of an inner-city borough. 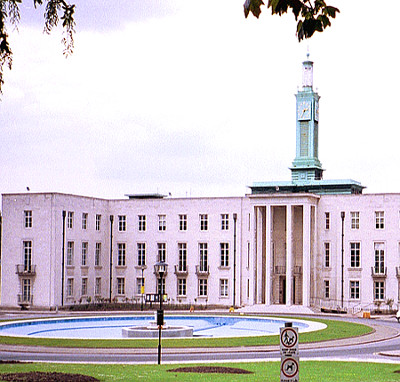 There's also the large Town Hall and Assembly Rooms on Forest Road created in Art-Deco style from white portland limestone, now granted Grade 2 listed status. The Assembly Rooms are used to host major concerts due to the excellent acoustics of the building, as well as being used for large exhibitions and events. The Town Hall complex also includes a Social and Sports Club house hosting various events for locals from live bands and karaoke to quiz nights. The Walthamstow areas local Environmental and Planning council offices are also located to the rear of the main buildings here at Sycamore House.

Another notable building in the area was the family home of William Morris, a pioneering British socialist who was at the forefront of the Arts and Crafts Movement and whose family Georgian house is now the William Morris Gallery museum in Lloyd Park. The museum explores the work of Morris as a businessman, artist and author with exhibits ranging through stained glass windows, textile catalogues and novels through to paintings, furniture and ceramics. 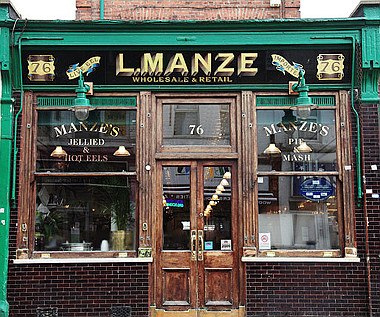 Walthamstow Market is a kilometre long street market situated, as you may already have guessed, in Walthamstow. You might also have noticed that 'a kilometre' seems like a lot for a market and you would be right, as it's the longest street market in Europe. Walthamstow Market is pretty much a mixed-bag kind of place, which is frankly the whole point of markets. Some people would consider a visit to a kilometre-long street market a bit of a trial, depending on what kind of mood you might be in. But when you're there, perhaps because of the strategic placement of various stalls selling refreshments or the sheer abundance of different products from around the world, it's not at all bad. Probably if you go to your average shopping centre you end up walking about a kilometre anyway, if you think about it, and at Walthamstow Market you get to do it in the open air and possibly even sunshine.

There's a new section which opened in 2012 (this isn't surprising as many recent 'new' additions in East London date their founding or funding back to the 2012 Olympics, held a couple of miles away in Stratford), which shows off a range of homemade food and arts-and-crafts, all created by the people running the stalls. The new Saturdays at St. James Street area of the market is designed to show off creative upcycled products, antiques and traditional street food from around the world. It's nice to see the reguvenation of the market at the St. James Street end of the market as well as the top of the market in the heart of the town centre.

The rest of the market is, as I've suggested, a total mish-mash of stalls, which has the upside of making it the kind of place where you can find absolutely anything, from food to jeans, secondhand CDs and vinyl and, of course various other miscellaneous items. It might take a while to walk all the way along the street, but with hundreds of stalls, if you do manage the entire kilometre, you're bound to see something that catches your eye. 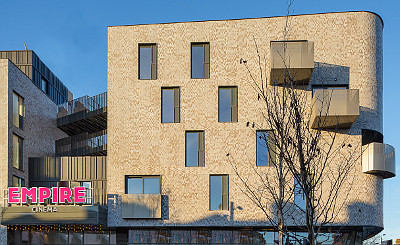 Beyond the stalls, the permanent shops are open seven days a week (with the main market stalls only operating Tuesday - Saturday). While there are a few of the chain stores that you see everywhere now, there's also plenty of independent establishments. Many of these are cafe's, coffee bars or restaurants, showing off the diversity of the area in their range of ethnic diversity, from traditional Cockney Pie and Mash and greasy spoons, to Indian, Chinese, Caribbean and Turkish restaurants. There are also a few pubs and independently-owned shops selling jewellery, food and drink, clothes and general household items. The latest development is 'The Scene' at Cleveland Place by the top of Walthamstow High Street, which includes a 9 screen Empire Cinema complex, multiple restaurants and shops as well as luxury apartments. The Tube, overground train and bus stations are all located close to the market, so however you travel you'll find access to the market is very convenient.

The full Market opens from Tuesday-Saturday inclusive, with a smaller farmers market on Sundays located in the Town Square near Selbourne Walk Shopping Centre. The street food arts and crafts part of the market is open on Saturdays at the St. James Street end of the High Street. With Walthamstow ear-marked as an up-and-coming part of town, the market's only going to get more lively and interesting over the next few years. 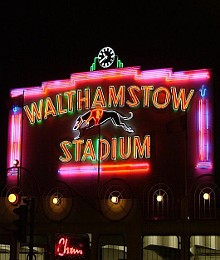