The Diamond Jubilee of Queen Elizabeth II serves as the international celebration that happens all throughout 2012. This marks the 60th anniversary of Queen Elizabeth II's accession to the thrones of seven countries upon the death of King George VI, her father on February 6, 1952. Today, she is known as the queen regnant of 16 sovereign states. Twelve of these states were Dominions or British colonies at the beginning of the Queen's reign.
In 1897, Queen Victoria was the only monarch in the histories of Canada, United Kingdom, Australia and other Commonwealth realms who celebrated a Diamond Jubilee. Based on the tradition of jubilees past, events and holidays are held throughout the Commonwealth and a Diamond Jubilee medal is awarded. The plans for the Diamond Jubilee 2012 were discussed during the Commonwealth Heads of Government Meeting 2011. The Queens Diamond Jubilee in London is expected to offer plenty of royal excitement throughout 2012. Essentially, the celebration marks 60 years on the British throne, and there are many events for this 2012.

The Queen has given Royal Borough status on Greenwich. This is still part of the jubilee celebration. More so, a competition has been already conducted to grant in 2012 city status to towns that has a lord provostship or lord mayoralty status to one city. Chelmsford in England, St. Asaph in Wales and Perth in Scotland has been awarded the city status. Meanwhile, Armagh was given the Lord Mayoralty status. In line with the 2012 London Olympics, the Olympic park in East London has been built. To honor the queen, the park will be officially named the Queen Elizabeth Olympic Park. In addition, the Woodland Trust announced plans to built 60 Jubilee woodlands and one of these is going to range about 500 acres. The remaining number would be a size of about 60 acres each.

In relation to the Diamond Jubilee in 2012, the palace and some partners have organized a series of eventsmajority of which are scheduled for the month of June 2012. The Buckingham Palace has previously announced they will host many events on the central weekend of the celebrations to mark the 2012 Jubilee.
The main program of events will happen inbetween June 2nd to 5th. For example, the Big Jubilee lunch will be held on June 2nd in which people will be asked to share lunch with friends and neighbors as part of the celebration. This may be held as a traditional street party or as a simple picnic by local residents in areas around London and the United Kingdom. This Jubilee lunch event is mainly organized and promoted by the Big Lunch run by the Eden Project.
There will also be a BBC Concert at the Buckingham Palace on June 4th, 2012. This will be shown on TV, while the tickets for the actual event are available to UK residents. As of now, the actual musical program for the concert is still pending. Of course, the concert will feature British and Commonwealth musicians. The details on how to apply for tickets to this concert will be announced soon. The concert is mainly organized by the BBC.
There will also be Queen's Diamond Jubilee Beacons lit to celebrate the 60th Anniversary Jubilee. There are a network of over 3,900 Beacons to be lit by individuals and communities all throughout the lands of the United Kingdom. This will also be done within the Channel Islands, Isle of Man and throughout the Commonwealth. This event is organized by Diamond Jubilee Beacons Ltd.

Other Relevant Events during 2012 in the UK

The Diamond Jubilee 2012 in the United Kingdom is a much-anticipated event not just in the British area, but in other parts of the world as well! 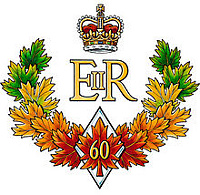