London has gone through many phases in its history and has all the sights and landmarks to prove it. What started out as a Roman outpost called Londinium transformed over the centuries into the seat of the world's largest empire, then to a cosmopolitan and world banking capital. So rich is London with sights, activities and attractions that many lifelong residents have not even had a chance to experience them all. It's natural for visitors to London to find themselves overwhelmed at the city's possibilities, so here's a rough guide of some of London's top spots and attractions. 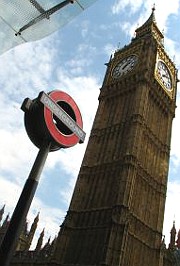 Whilst there are tons of interesting places scattered throughout London's vast boundaries, a majority of the city's must-sees are concentrated around a few key areas. The first is in the area around Westminster Underground Station. Located at the centre of town along the River Thames, the station's exit is a stones throw away from landmarks such as Big Ben, the Houses of Parliament and Westminster Abbey. At this beating heart of London, visitors will find themselves spoilt for choice when it comes to things to see. After a visit to Westminster Abbey, one option is to head west to Buckingham Palace. The walk follows the border of St. James's Park and paints an intimate portrait of the regal neighbourhood. Portions of Buckingham Palace are open on selected dates throughout the year, so it's best to check on this ahead of time.

Alternatively, the London Eye and the lively Southbank Centre are just across Westminster Bridge. On a clear day, the London Eye offers an unparalleled view of the city and is also located right next to the London Sea Life Aquarium, which is a favourite attraction for children and adults alike with its Ray Pool, underwater tunnel and Touch Rock Pools. The state-of-the-art aquarium is home to sharks, crocodiles, coral, penguins and many other species of sea life from oceans around the world including some endangered creatures. 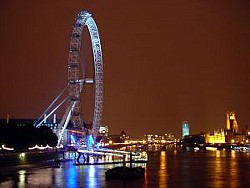 Further north along the Thames is the Embankment and the Southbank Centre. The area hosts numerous concerts and festivals throughout the year including a chocolate, wine and cheese festival as well as a German Christmas Market in November and December.

To the West of Westminster on the District and Circle Line lies South Kensington. This posh neighbourhood sparkles in Victorian splendour and is home to several of London's best museums. The National History Museum and Victoria & Albert Museum are both right outside the South Kensington Underground Station and, like many of London's museums, do not charge an entry free. The Victoria & Albert Museum is considered the world's greatest museum of design and art and is definitely worth a visit. 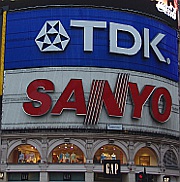 Unlike many major cities, London is full of beautiful green spaces and gardens. A visit to Hyde Park is a must for any London visitor and as luck would have it, it's just a few stops away from South Kensington on the Piccadilly Line (alight at Knightsbridge or Hyde Park Corner). Locals and visitors alike enjoy the expansive lawns of Hyde Park. At it's centre there are two major water features, the larger of which is called the Serpentine. The scenic lake is complemented by two restaurants and also has rowing boats for hire.

When the sun goes down in London, the lights of the West End switch on. Also known as London's theatre district, there's no better place in the city to grab dinner and a show. Centred around both Leicester Square and Covent Garden underground stations, the neighbourhood is full of theatre venues hosting world-class musicals and stage shows. Leicester Square is also a short walk away from the iconic Trafalgar Square, which is famously home to Nelson's column and the National Gallery. Covent Garden is a well known shopping district that is pedestrian friendly and filled with countless boutique shops, many of which carry handmade or custom goods.

No trip to London would be complete without a visit to The Square Mile where the financial district of the City is located. Nearly 300,000 people work in the square mile centred roughly around Bank Underground Station, as countless banks and other financial institutions make their home here. Fittingly, this is also the centre of the former Londinium. It's original Roman walls can still be seen at the Museum of London at the northern border of The City. St. Paul's Cathedral, where Charles and Diana wed, is the most iconic landmark of the area and is open to tourists. Also within the vicinity of The City is the formidable Tower of London and Tower Bridge. Two major Barristers Law Court Inns are also located within the City boundary, namely the Inner Temple and the Middle Temple Inn's.

London has, of course, so much more to offer tourists than just historic sites, scenic neighbourhoods and world class shopping. Visitors don't have to travel anywhere in particular to feel the pulse of the city and explore its unique makeup. London is the product of thousands of years of development and whilst it's very much a modern city, what differentiates it from other metropolises is that it proudly exposes both the scars and badges of the past to visitors from around the world. London Town attracts Tourists from all over the World to visit the Capital City of the United Kingdom. Boasting attractions such as Covent Garden, Big Ben, London Dungeons, Buckingham Palace, Tower Bridge and much more.

Some of the Capital's Historic Sights and Most Popular Attractions

London is a paradise for travellers and tourists who wish to see lots of sights and World famous attractions. London has a lot of things to offer the visitor to the United Kingdom. While the city is popular for housing Big Ben and Westminster Abbey, St. Paul's Cathedral and Buckingham Palace, there is much more to see and do in the UK's capital City. London is culturally unique given the atmosphere created by the different cultural influences here.

One of the most popular and famous attractions in London, especially with foreign tourists of course, is Big Ben Bell and Clock Tower. Located in the Parliament Square, this is the four-faced Clock Tower and is attached to the end of the Houses of Parliament. Big Ben is actually the name for the Great Bell situated at the North end of the Palace of Westminster (Houses of parliament) building and housed in the clock tower structure. It is the largest four-faced instrument in the world. Charles Barry is the architect behind the project.

Also called as King's X. This is one of the cities major railway stations located in the North-Eastern part of London. The main terminal building is designed by Lewis Cubiit during the 1850's. This station replaced a temporary terminal in the city's Maiden Lane. Some people believe that there are still ghosts haunting the underground passages of the King's Cross Station.

The tower is one of the most popular landmarks in London, and it got its name for the White Tower at the center of the complete structure. The structure served many purposes in the past: a fortress, a place for minting coins, an observatory, a jail, even a Zoo and more. When it served as a jail, it housed mostly inmates from the top social classes such as monarchs and even Queen Elizabeth I who was detained during the reign of her own sister, Mary Tudor.

The stadium could be one of the most favorite venues for concerts and sports in the world. While the new Wembley Stadium is fairly recently opened in 2007, it has managed to create an image to be a Worldwide icon. Its main role is to be the home ground of the English national football team. It has also been a good host for many domestic football league events. It has more than 90,000 seating capacity, making it the second largest venue in the whole of Europe.

Established in 1824, the National Gallery is situated on the northern part of the Trafalgar Square, another one of the main attractions in London. The exterior is a famous British monument and within the gallery, there are about 2,300 paintings.

Built in 1829, the King's College London has an exceptional reputation in the field of teaching and research. It has also been a main player on the global educational stage. It has five campuses, four of which are in the heart of London. The area is said to be an ideal place for cultural, academic and social opportunities.

The London Library is situated near St. James Square, and is known to be the world's biggest self-supporting library. It was founded by Thomas Carlyle in 1841. The founder had a vision to serve scholars and readers by providing books for users to take home. The London Library's collection has grown to over One Million during its life of almost two centuries.

The London Dungeon is not an ordinary museum and is definitely a must see attraction for visitors. It is actually a reproduction of Medieval and Renaissance England highlighting all the goriest,scary and most frightening parts of London's history. It is located in a dark Dungeon beneath the London Bridge. It boasts of its expert combination of scary sound effects, frightening rides and amazing special effects shows. London Dungeon also takes pride in its new 5D Laser Light ride and shows including live actors. The London Dungeon has many chambers and rooms where exhibitions and interactive activities take place. Tourists can learn facts about some tragic historical events in London or England in general as well as enjoying family Frightening Fun!

Situated on the River Thames, the Tower Bridge is on the list of the most popular bridges, not just in London but in the world. The bridge was officially inaugurated in 1894. Sir Horace Jones designed the magnificent bridge, which was soon recognized as one of the most outstanding images within the British capital. Given the volume of traffic along the river during the building of the bridge, it was designed with two bascules that can be lifted, to allow tall ships and boats to pass through. The routine of the lifting of Tower Bridge to allow ships passage was worked daily during the late 19th century and early 20th century. These days, the tradition of lifting the bascules to allow large ships to pass is not as frequent as before.

Another must-see attraction in London, Covent Garden is an attractive shopping and popular tourist district. The place is known to entice lots of visitors with its open air cafes, elegant shops, markets and World famous street entertainers. The garden's name came from a corruption on the name 'Convent Garden' that was situated on the site in medievil times as the Kitchen Garden attached to the Abbey of St Paul's that used to supply products to Westminster Abbey. 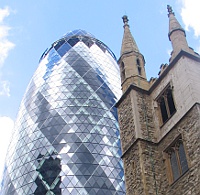