If you are looking for a peaceful holiday destination which offers up a delightful mixture of modern and historical sites, teamed with areas of literary and cultural significance, then look no further than Rye and the surrounding area. Nature lovers will not be disappointed by what Rye has to offer, as the nearby Rye Harbour Nature Reserve has an abundance of thriving habitats and bird life. Just over an hour from London by train, Rye is an excellent place to visit if you want to get away from the hustle and bustle of the big city. 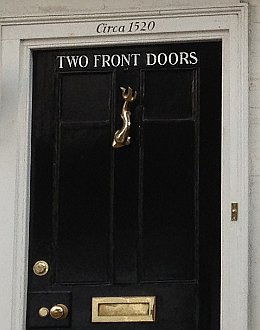 The House With Two Front Doors Circa 1520.

Rye Museum is an excellent place to visit if you are interested in learning about the history of the local area. Situated across two sites, this attraction will provide you with a fantastic insight into the town. As well as giving information about the history of the town itself, the East Street Site also contains a wide range of historical artefacts from across East Sussex, from archaeological finds to maritime pieces, and from antique toys to town seals. Ypres Tower, (pronounced Ee-pr-eh) where the other museum site is located, is actually one of the oldest buildings the public can view in Rye and was used as a prison. Although it was built in the 14th Century to protect the town against threats from France, the tower after various renovations works during the 90's is still in good enough condition for the public to explore. Most of the rooms are open to the public, and contain exhibitions and information about the building. The history and use of Ypres Tower ranges from it being a fortified town defense, a Court House and Jail, as well as a private home during its lifetime. Exhibits such as the replica of murderer John Breads skeleton in a Gibbet (a Gibbet was a metal cage used to hang and display the bodies of hung criminals as a warning to others). The prison cells are well worth a visit, as are the various exhibits in East Street's Rye Museum. Climb the stairs of Ypres Tower and emerge onto the balcony for a fantastic view of Rye harbour and the surrounding areas. Upon your return from the top of the town, be sure to step into the tower gardens, where historians have recreated a medieval herb garden and the original Still Room where the various Herbs were used can be viewed.

Buildings of Interest and Town History

Another place to get fantastic views of the area is from the St. Mary's Church Tower, which has recently become a popular spot for marriage proposals! The church itself dates back to Norman times, however much of the original church was destroyed in 1377, during a French raid, when the church bells were stolen and transported back to France. The following year, a raiding party went to France and successfully reclaimed and returned them to their rightful home as well as rescuing various other looted items! The current bells date back to the 18th century when new bells were cast and the originals were replaced. 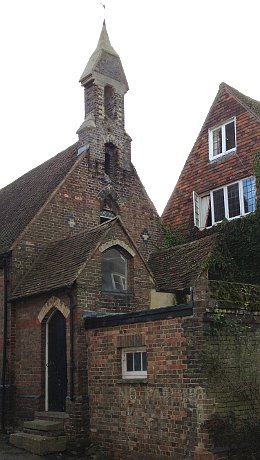 If you are more interested in the town's literary connections, take a trip to Lamb House and Gardens. The house which was built in the Georgian period was the home of American writer Henry James during his time in Rye. Other famous residents have included EF Benson, Sir Brian Batsford and Rummer Godden. The house even played host to George I himself in 1726, after his ship was run aground at nearby Camber during a ferocious storm. Unfortunately, the Garden Room, where Henry James did most of his writing, was destroyed during a bombing raid in World War II. The gardens themselves are some of the largest private home gardens in Rye, and when you see their beauty you will not be surprised that Henry James frequently chose to entertain his literary friends here.

The main sights of the town are all close enough together for you to see on foot, but it is a good idea to remember to wear comfortable shoes, because much of the town centre is cobbled underfoot. Rye boasts an impressive array of Antique shops dotted around throughout the quaint streets of the town, but with a high concentration located around the Strand Quayside area. Perusing the wealth of independent shops and art galleries there are many perfect ways to while away the afternoon in this medieval town. A visit would not be complete without a walk up the famous Mermaid Street, its cobbles rising steeply from Strand Quay flanked by interesting old buildings. Whilst exploring the cobbled streets make sure you venture to the top of Rye Hill and view the surviving original town gate arch known as Landgate Tower on East Cliff (locally called Hilders Cliff) reached from the High Street or Tower Street from the opposite side of the Tower Gates. For an alternative but nonetheless interesting view of the town, it is possible to take walks which are themed around the work of EF Benson, whose fictional town of Tilling was based on Rye. For further information regarding Rye Ghost Walks and other organised Historic Walks, ask for details at Rye Heritage Centre located on Strand Quay, where you can also peruse the gift shop and play antique amusements and games at the Old Penny Arcade. 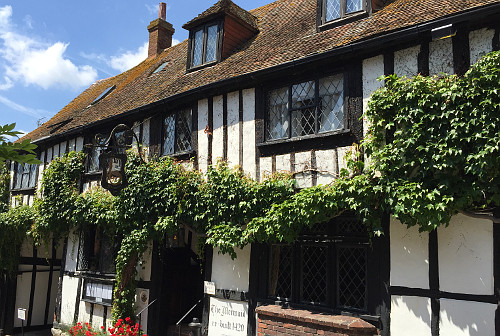 If you are in need of refreshments, a popular and well known public house in the town centre is the Mermaid Inn. The pub is one of England's oldest inns and was famously known to have been frequented by some of the most sinister smugglers known in Sussex, the notorious Hawkhurst Gang. Although the plaque on the outside of this half-timbered building says that the hotel was rebuilt in 1420, the cellars below it are known to date back over 250 years prior to that! Inside the popular "Giants Fire Place" bar area, it is still possible to see a hidden priest hole, where a Catholic priest could have hidden from the authorities in the times of Elizabethan England. The Mermaid located halfway up the historic cobbled Mermaid Street is a fantastic place to stay if you need accommodation in the centre of the town. Many of the rooms have four poster beds, original Elizabethan features, and some have specific themes, such as Doctor Syn's room, Nutcracker Suite and The Hawkhurst.

With the exposed low beams, hidden stairways, secret passages and smuggling history it is hard not to stop off at the Mermaid for a drink, meal or even an overnight stay in one of the bedrooms. After all the plethora of signed photographs of visiting celebrities that adorn the wall as you enter The Mermaid must be a testament to the quality of the service and the uniqueness of this old inn. Those of a nervous disposition may want to avoid staying in certain rooms within the Inn, as the Inn is reported to be one of the most haunted places in Britain.
Some of the rooms reported to be the most haunted at The Mermaid are : 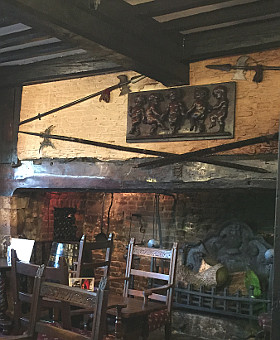 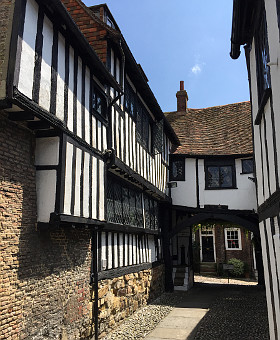 The Mermaid Inn's Giants Fireplace Bar and Archway to rear of the building from Mermaid Street.

If you follow the Harbour Road along in the direction of the River Rother, you will find Rye Harbour Nature Reserve, which is an excellent place to view native birds and animals in their natural habitat. The species on show will differ, dependant on what time of year you are able to visit, but it is rare to pay a visit without spotting something of interest. In spring, the little tern and common sandpiper can be seen and whimbrel flock to the area to nest; in summer, the marshes come alive with darting damselflies and dragonflies which flutter above sunbathing marsh frogs; in Autumn you can see birds from all over the country, which are stopping on their way south for the winter months, and in winter you may spot lapwings overhead, or a bittern or a little egret amongst the reeds. The rich and varied terrain allows you to stroll through grassland and salt marsh environments, but you should always take special care not to disturb any of the animals which you see. Information on set walks around the nature reserve can found at local tourist information centres, published at the Rye Harbour car park or downloaded at the Nature Reserve Website. Season by season guides are also available to give you tips about what animals and plants to look out for. If you want to take a longer walk, one popular suggested route includes a chance for a closer look at Camber Castle and the natural habitat surrounding it. Public entry to the castle itself is only available on the first Saturday of the month during the summer at 2:00 pm for a guided walk around the castle. Some of the organised guided walks around the nature reserve include a guided tour of the Castle, further information can be found at the nature reserve information centre. Also situated at the entrance to the main harbour car park you will find the Martello Tower number 28 built at the beginning of the 1800's to defend against invasion by Napoleon, this now unused tower is also known as the Enchantress Tower (named after a ship that was wrecked nearby). 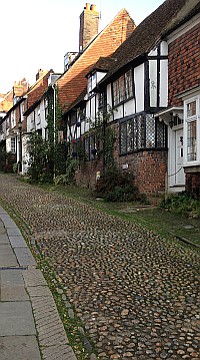